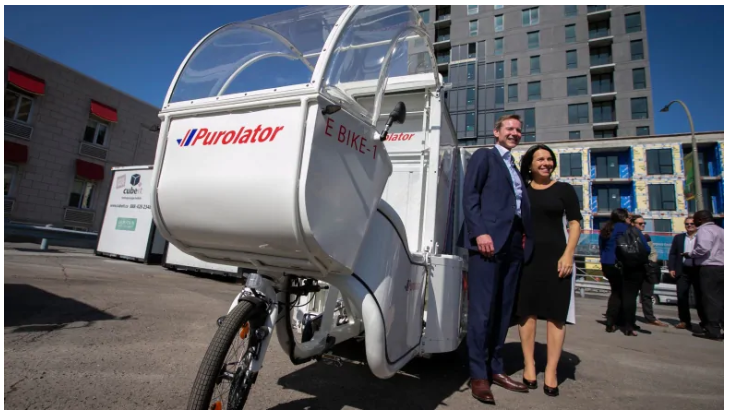 Will electric cargo bikes stuffed with parcels unclog Montreal’s downtown core and reduce the noise and air pollution that delivery trucks pump out every day?

Mayor Valérie Plante is betting on it.

Montreal kicked off a new, one-year pilot project in the Ville-Marie borough Thursday that invites heavy vehicles to unload at Îlot Voyageur, a former bus station between Berri and St-Hubert streets, below Ontario Street.

From there, zero-emission vehicles, such as electric cargo bikes, will fan out into downtown to make the deliveries.

Project Colibri brings together four bike courier companies as well as the delivery giant Purolator. The aim is to one day have transshipment centres in every borough.

The city purchased a section of Îlot Voyageur for $18 million last year. The pilot project was announced in June.

Now that the operation is officially up and running, Plante said she wants all delivery companies to know, “We are open for business.”

Coun. Robert Beaudry, the executive committee member in charge of commercial development, said the electric bikes are are more agile and less likely to be stuck in traffic jams.

Delivery will be faster than by truck, he said.

Business development specialist Glenn Castanheira told Radio-Canada all of North American is lagging behind Europe, where large-scale delivery companies have been running such operations for years, he said.

In European cities like Paris, London or Berlin, the private sector has taken the lead in offering zero-emission deliveries by truck or bicycle, he explained.

Now, he said, Montreal is taking the lead in North America, hopefully inspiring the private sector to take that next step.

“The private sector is always a game to know who will take the first risk, who will invest tens of millions of dollars to open an urban transshipment centre where every square foot is very, very expensive,” said Castanheira. 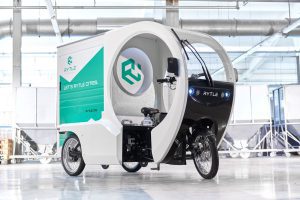 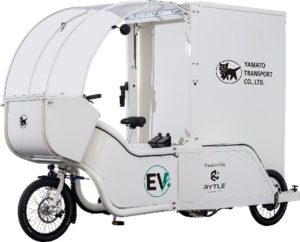 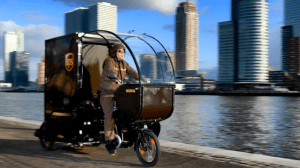 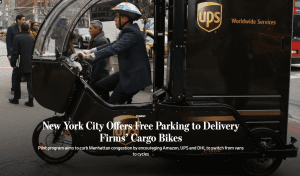 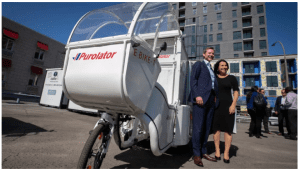 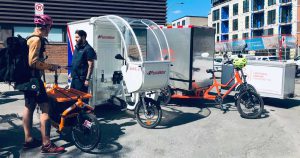 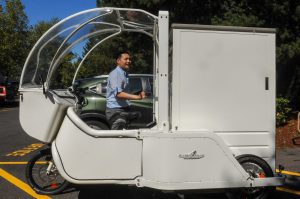 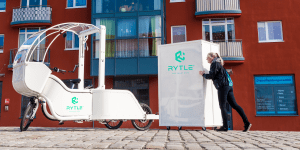 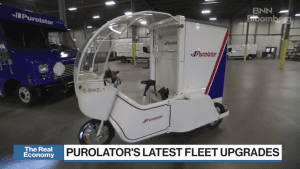